Yogacharya’s Mahasamadhi was September 16,1989 at the Otsego County Memorial Hospital in Gaylord. At that time he was 96 years old and had been a disciple of Paramahansa Yogananda’s for over 55 years. He had trained many disciples throughout the years and had brought thousands to the philosophy of Yoga and Self Realization Fellowship. He was intensely loyal to his master and his work; always giving all credit and praise to his Guru. One interesting somewhat mystical happening on the date of Yogacharya’s Mahasamadhi, was the world wide broadcast and recording of OM NAMAH SHIVAYA Raga Bhupali, ‘The Great Redeeming Mantra’. The recording was made the last day of the Blue Pearl Experience Course, which was held in the Meditation Hall at Shree Muktananda Ashram, South Fallsburg, New York September 16, 1989 and broadcast live all over the world. What a great send off for my wonderful Guru!! 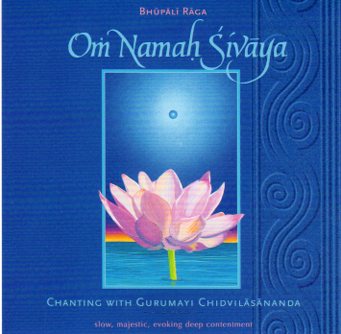 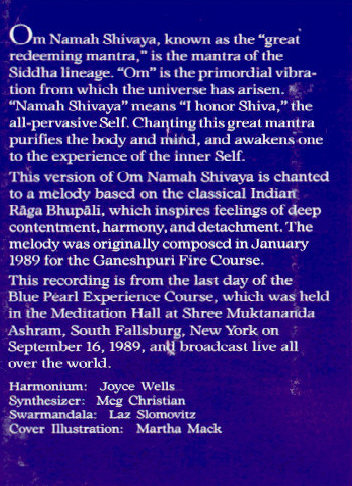 One of Yogacharya’s long time students, Peggy Braden was present at Yogacharya’s Mahasamadhi and gives this wonderful account. This is an excerpt from Evelyn ‘Betty’ Howard’s book ‘Angels Among Us, The Fabulous J. Oliver Black’

Afterward 2.     The Eternal in Us Cannot Die, By Peggy Braden

DEATH IS A TRANSITION; or so we’re told. As I watched my yoga teacher draw his last breath, I doubted the helplessness of humanity in the face of death, and questioned even the finality of death itself.
A Biblical verse from the book of Job, which Handel set to music so beautifully in his oratorio Messiah, says: “O Death, where is Thy sting; O Grave where is Thy victory?” It is set as a duet, as if two voices, representing humankind and death, are locked in an eternal struggle. In this scenario, the victory is won for humankind by the Son of God, a manifestation of the Eternal.
Another Scripture, the Upanishads, holy to the Hindus, was often quoted by Yogacharya, (a name meaning “yoga teacher” and given to Oliver Black by Paramahansa Yogananda) especially in the months preceding his passing: “A mortal ripens like corn, and like corn he is born again.” It is a significant line in a story of a young man’s efforts to outwit death and return to his family. He eventually succeeds in learning a carefully guarded secret from Yama, the god of Death himself, that the Eternal in man cannot die.
Yogacharya had talked for years about doing the “dipsy doodle” someday– meaning “leaving the body, or dying”. When he entered the hospital at age 96, he remarked to a long-time student, “This seems as good a place as any, doesn’t it? The student didn’t quite know what Yogacharya meant at the time, but later reflected that he knew his time of departure was soon. Over the years he had quietly mentioned once in a while that he knew the year and day of his death.
On the second day of his hospital visit, September 16, 1989, I was happy to relieve his secretary at his bedside. I was to stay until the doctor arrived on rounds the next morning. Yogacharya was courteous and appreciative, as always. His many successful years at the helm of his own large auto parts business in Detroit and his great devotion to family and friends were products of his refined, gracious, yet down-to-earth nature. He had been a yoga teacher for over 50 years, founding a forested yoga retreat in northern Michigan in 1971. By 1989 he was the oldest living disciple of Yogananda.
Yogacharya ate and spoke little that day and spent much of his time sitting up with eyes closed and legs crossed in meditation posture. Later that evening I joined him in meditation, sitting on the bed across the room. the room was suffused with a stillness and deep spiritual peace. Although my own meditation was quite wonderful, I opened my eyes frequently to check on him, as the railings on the side of the bed were not up. He was strong, in good health, yet frail at 96. He had been sitting up and lying down under his own power all day. As the hour of mystic summoning approached, I glanced at him once more. Suddenly I saw him begin to fall backwards on the bed, eyes upturned and locked at the midspot between the eyebrows, his legs still folded in “sadhana” position. His breath was leaving him with the sound of a loud, hoarse whisper.
Feeling very calm, as if just a witness, I got up and went over to him. I very quietly called his name and ever so lightly touched his hand. I didn’t want to shock him out of a deep state of meditation, if that was the case. But there is no immediate return for a yogi from the final state of meditation, or “mahasamadhi”. It is their final exit from the body into the infinite Spirit. When there was no response from him I went for the nurse nearby. Not much later, the Herculean efforts of a team of doctors and nurses to revive him were of no avail. He had done the “dipsy doodle”, just as he had joked about with his twinkling eyes and joyful laugh.
The transition now became ours as we adjusted to life without our dear friend and mentor. His yoga students from all over the country cooperated to keep his dream alive and thriving; his Song of the Morning Yoga Retreat.
A play written to honor his last birthday, based on the teaching stories of Yogananda, contains a passage that was the theme of the play:
” Nay, but as one layeth his worn out robes away,
And taking new ones, sayeth, ‘These will I wear today!’
So putteth by the spirit lightly its garb of flesh,
And passeth to inherit a residence afresh.”
Bhagavad Gita, Chapter 2
Yogacharya did not seem the victim of death, but rather met it on his terms–in meditation. His leaving seemed more a transition than a finality.
” Whenever a man gains greatness on this earth, he has his reward according to his meditation.” (The Upanishads)

The following is from a talk given at Song Of The Morning Ranch Sunday September 6, 1991 During Yogacharya’s Birthday Remembrance by one of Yogacharya’s foremost disciples Irmgard Elizabeth Kurtz.